Focus Factor is undoubtedly a quality nootropic supplement. But, does it work and should you try it? Read our review to discover its ingredients, safety, benefits, and uses before you do. 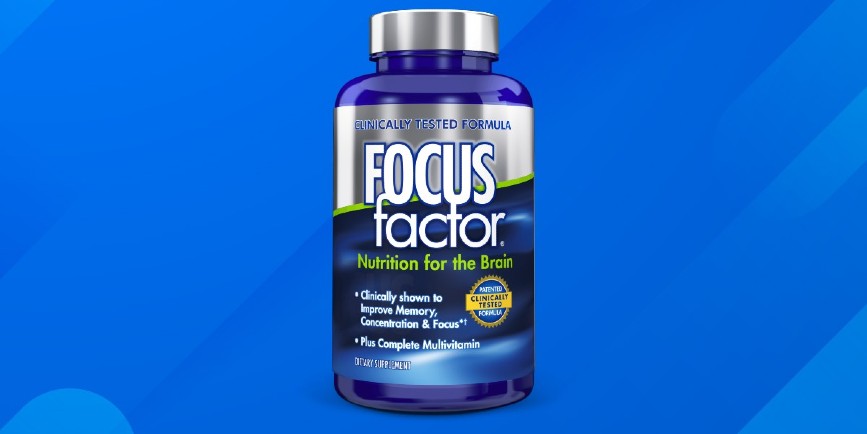 Many people believe that taking a cognitive health supplement such as Focus Factor that can improve cognitive ability, memory, and focus can help them cope with stressful situations 1.

Brain health supplements have been on the market for some time and never fail to be a topic of interest in the scientific community as there are few with proven efficacy. That’s where Focus Factor is different and continues to be one of the top nootropic competitors.

Focus Factor is manufactured by Factor Nutrition Labs and is one of the few nootropic supplements that has been tested, in its entirety, through clinical science 2. This brain health supplement contains an ingredient profile - neuro-nutrients, vitamins, minerals - that promotes overall brain health, aiding in memory, concentration, and focus 1.

With a total of 40 active compounds, including a unique mix of vitamins, minerals, herbal extracts, and Omega-3 fatty acids, Focus Factor chose each of their ingredients carefully based on their specific qualities to promote healthy cognitive function 2.

According to a recent study, after using Focus Factor for six weeks, the study subjects reported improvements in their memory, concentration, and attention. Overall, subjects taking Focus Factor scored 44% higher on a memory recall test than people in the placebo group. The study concluded that Focus Factor provided benefits similar to a 20-year decrease in cognitive aging 2. 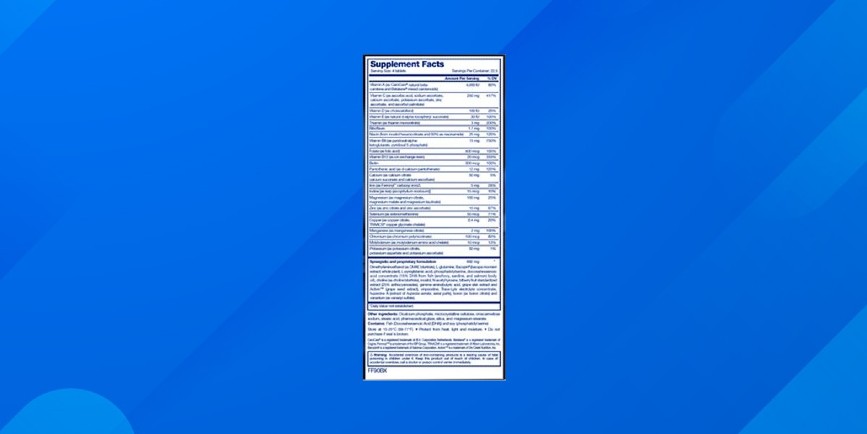 The proprietary blend in Focus Factor contains a wide variety of ingredients, each having a different effect on your cognition and mental health.

Bacopa monnieri is a plant extract with powerful nootropic properties that has been used in traditional Chinese medicine for centuries. Scientists demonstrate Bacopa monnieri has potential as a treatment for Alzheimer's disease. According to studies, it improved cognitive function, orientation, attention, and language ability. This plant may also help to reduce brain inflammation 3.

DMAE is required for choline production in the body. Choline takes part in the brain's central framework to form the neurotransmitter acetylcholine, which is essential for learning and memory. Although research is progressing, DMAE has the ability to help improve memory deficits in dementia patients, as well as a treatment method for ADHD 4.

This is a glutamic acid and glutamine-derived amino acid. A rat study found that supplementing with pyroglutamic acid improved their learning and memory. Individuals with age-related memory decline saw improvements in verbal memory function after taking pyroglutamic acid for 60 days, according to a randomized trial 5.

Phosphatidylserine is a phospholipid, which is a type of fat known to be essential in preserving the integrity of nerve cell membranes. It also contributes to the formation of the myelin sheath, which protects nerve cells and allows for the rapid transmission of brain signals for memory and cognitive function. Phosphatidylserine supplementation can help to slow down cognitive aging by preventing or reversing nerve cell alterations and deterioration 6.

DHA is an omega-3 fatty acid and also the brain's primary fatty acid. It is necessary for proper brain development in children, as well as normal cognitive function and the prevention of cognitive decline. Children with ADHD, adults with behavioral issues, and others with inflammatory brain conditions may benefit from DHA 7,8.

Inositol is a type of sugar that your body can synthesize from dietary carbohydrates. It has the ability to affect hormone and neurotransmitter signaling pathways in the brain, including dopamine, norepinephrine, and serotonin. Inositol supplementation may be beneficial for SSRI(serotonin selective reuptake inhibitors)-responsive conditions, such as OCD and depression 9.

Tyrosine is an amino acid that serves as a precursor to neurotransmitters such as epinephrine and dopamine. Tyrosine supplementation can help young adults improve cognitive performance in high-stress environments, according to research. Tyrosine can slow cognitive aging in older people by improving dopamine transport in the brain 10.

Bilberry extract is an antioxidant-rich source of the anthocyanins, which are compounds that have the ability to reduce inflammation. Bilberry has been shown in animal studies to be neuroprotective, improve neuron communication, and increase dopamine release in the brain. Other research suggests it can protect against neuroinflammation and neuron damage in animals, which improves short-term memory 11.

Take a look at this alternative: Mind Lab Pro Reviews, Ingredients, Does It Work?

Grapes are a rich dietary source of resveratrol, which is a powerful antioxidant that can inhibit the formation of amyloid-beta plaques, which are indicative of Alzheimer's disease. Antioxidants derived from grapes were found to protect the brain from ischemic stroke and oxidative stress in an animal study 13.

Another nootropic compound that helps with working memory and memory recall is vinpocetine. Its use in clinical settings proved beneficial in treatments of stroke, senile dementia, and memory impairments. According to research, vinpocetine reduced inflammation after cerebral injury and improved neurological function recovery after stroke 14.

Glutamine is a precursor amino acid required by glutamate and GABA, both of which are the brain's primary excitatory and inhibitory neurotransmitters 15. Glutamate is required for brain plasticity and the development of long-term potentiation, which aids memory and learning by strengthening synaptic connections between neurons over time. In one study, when compared to individuals with dementia, those with Alzheimer's disease had lower brain serum levels of glutamine and glutamate 16,17.

Huperzine A (Extract of Hupezia Serrata)

Boron is a mineral that can be found in a variety of foods. Boron deficiency is linked to cognitive impairments, including short-term memory, attention, and task performance requiring motor speed and dexterity. Supplementation is likely to aid in the improvement of brain electrical activity and thus cognitive function 19.

Ginkgo biloba has long been used for its brain-health benefits. Ginkgo biloba may act as an antioxidant, an anticoagulant, or aid neurotransmitter function. It has also been shown in research studies to help people with brain injury, Alzheimer's disease, and aging improve their information processing, memory, and daily activities 20.

Focus Factor Safety and Side Effects

According to Factor Nutrition Labs, Focus Factor is free of any potentially harmful or prohibited ingredients 2. When taken as directed, Focus Factor Original is generally viewed as safe to consume.

That said, a few users have claimed to have experienced minor side effects, including headaches, irritability, stomach upset, drowsiness, excitation, insomnia, nausea, and dizziness.

Pregnant women and women of childbearing age should avoid taking this supplement.

If you're interested in trying Focus Factor, it's best to talk to your doctor first to make sure it's right for you.

Who Should Buy Focus Factor?

Focus Factor Original is designed for people who want to enhance their cognitive processes, memory, alertness, concentration, and multitasking abilities.

In the United States, Focus Factor is one of the most popular brain supplements. It's made by a reputed and reliable company, receiving thousands of highly positive reviews and testimonials over the last decade. The majority of Focus Factor customer ratings and feedback are very good and promising, many stating they are pleased with the results and would recommend the supplement to a friend.

Take a look at this list: The Best Dopamine Supplements You Can Buy

Based on the numerous positive reviews and testimonials, it appears that Focus Factor is a promising nootropic product that lives up to its claims.

Where to Buy Focus Factor

Focus Factor can be purchased from their official website, Amazon, and a variety of retailers such as Costco, Walgreens, Walmart, CVS, and many others.

On their website, Focus Factor offers a variety of purchase options, including bottle sizes and bundling options.

Single bottles range in price from around $15 to roughly $25, with tablet prices dropping from around $0.25 to approximately $0.15 per tablet if you purchase a larger bottle.

Focus Factor
Focus Factors' unique blend of proprietary neuro-nutrients is one of the best natural solutions available if you want to combat cognitive decline and boost performance with an elite brain health supplement.