In our review of Mind Lab Pro you will learn why this potent nootropic is a top contender in the supplement world. We’ve got all the details about its ingredients, safe uses, benefits, and much more. 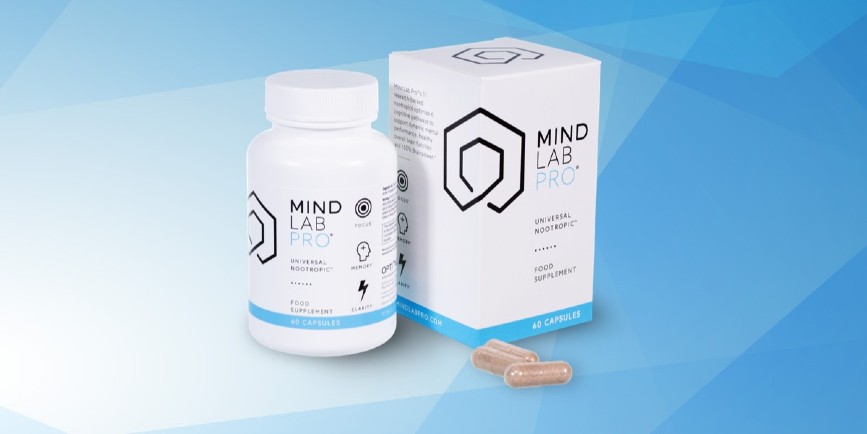 Everyday occurrences such as brain fog, exhaustion, and forgetfulness may indicate that your brain requires a boost, which you can get from a premium nootropic like Mind Lab Pro 1. A nootropic is a nutritional supplement that enhances mental performance by improving memory, focus, and concentration 1.

Mind Lab Pro is a nootropic formulated with an 11-ingredient nootropic blend. Their ingredients efficacy has been thoroughly researched and shown to improve cognitive function by acting on six different bio-pathways 1. By using Mind Lab Pro, Opti-Nutra - the manufacturer of the nootropic supplement - claims you will experience improvements in memory, response time, concentration, alertness, and verbal fluidity 1.

For a natural nootropic stack, Opti Nutra makes some bold promises. Although all brain and memory supplements promise to improve memory and attention, only a small percentage of them really do. Even fewer claim to increase the structural integrity of your cognitive function in such a profound way.

Mind Lab Pro, on the other hand, helps to improve memory, attention span, and cognitive skills while also preserving the brain from stress and aging-related harm. Opti-Nutra keeps its word by developing a safe and natural nootropic with a comprehensive formula that aims to improve as many cognitive processes and connections as possible 1.

To maintain their structural integrity and plasticity, brain cells require nourishment, which Mind Lab Pro provides by boosting circulation of nutrients throughout the body 4.

Take a look at this alternative: Natrol Cognium Reviews, Ingredients, Does It Work?

This nootropic also contains ingredients that increase brain oxygen and blood circulation, which helps to clear toxins while also boosting productivity and creativity 5. 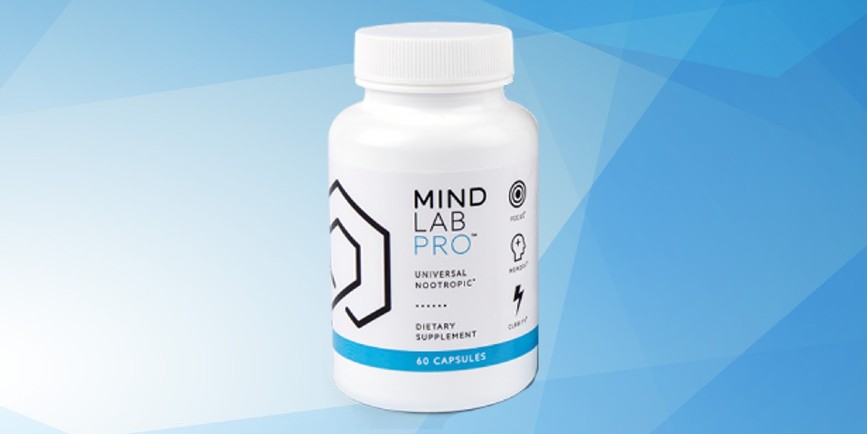 The Mind Lab Pro formula is extremely well-balanced and thorough. From mood and memory to attention and anxiety reduction, every element of cognitive function is helped. Most significantly, the benefits of this stack do not wear off quickly; in fact, they get stronger with time. Mind Lab Pro contains the following nootropic ingredients with proven cognitive function benefits.

This is a highly effective nootropic that can help with memory, cognition, and overall brain function. Citicoline improves brain cell communication by increasing various brain chemicals, including phosphatidylcholine, according to research 6.

PS is a phospholipid (fatty acid) that’s fundamental to nerve function because it forms a protective coating around the cells in the brain. It also improves mental clarity and promotes positivity. Because it is the only nootropic with an FDA-qualified claim to reduce cognitive decline as we age, Phosphatidylserine is one of the most important ingredients in Mind Lab Pro 7.

This mushroom has a wide range of health benefits, especially for the brain. It possesses compounds that help brain cells develop and protect them from degeneration, which can lead to Alzheimer's disease. It also aids in brain plasticity, regeneration, and general well-being 8.

In Aryuvedic medicine, the bacopa monnieri herb is used to strengthen memory and minimize anxiety. It is also a powerful antioxidant that protects brain cells from oxidative stress and damage. This also improves blood flow to the brain, which is necessary for focus, concentration, and high-intensity mental tasks 9,10.

This amino acid takes part in the production of brain neurotransmitters like dopamine and adrenaline, which increases focus and mental alertness. It also battles fatigue and supports neurotransmitters when they are depleted by stress, resulting in improved mental performance 11.

L-Theanine is one of the most popular natural nootropic supplements on the market because it effectively works in conjunction with other cognitive aids such as caffeine. It improves attention span and focus while also having a calming effect 12.

Rhodiola Rosea has a long list of cognitive advantages. One of the most important advantages is that Rhodiola Rosea has been shown to increase mental energy in a dose-dependent study. Not only as a nootropic supplement, but also as a potent performance enhancer, this compound is extremely effective 13.

Maritime Pine Bark has a variety of potential nootropic advantages. It has been demonstrated to help with spatial memory, optimize mental energy, attention span, and focus. On top of that, it contains a potent antioxidant complex that improves brain health in the long term 14.

B-Vitamins are extremely beneficial to the body’s metabolism and wellbeing. They ensure consistent and healthy blood flow to the brain and throughout the body, which increases energy levels and maintains circulation of mood-balancing nutrients. Certain B-Vitamins have also been shown to have long-term brain health benefits 15.

Take a look at this list: The Best B12 Supplements You Can Buy

Mind Lab Pro has a 'clean label,' meaning it is free of artificial additives, colors, allergens, stimulants, and preservatives. It's made with ingredients that are both safe and legal, and well tolerated by users. This nootropic is also available in vegan capsules that are easily absorbed by the body and do not cause any discomfort. Mind Lab Pro is manufactured in FDA-approved labs in the United States, adhering to stringent requirements.

The majority of users say they have had absolutely no issues or experienced side effects when taking Mind Lab Pro. That said, side effects - although extremely minor and relatively uncommon - to be aware of include: headaches, digestive discomfort, and insomnia.

Who Should Buy Mind Lab Pro

Everyone who feels they need a mental boost would benefit from a supplement like Mind Lab Pro. This product promotes long-term brain health as well as improving short-term cognitive function.

So, it's perfect for students preparing for exams and professionals who need to multitask and solve problems under pressure. It's also beneficial for competitors and athletes, as well as senior citizens who need to keep their minds active.

If you've never tried a smart drug or nootropic before, it is recommended that Mind Lab Pro is the best place to start. This nootropic provides incredible benefits with no negative side effects, allowing you to see if smart drugs can help you achieve your objectives.

Mind Lab Pro is completely functional and offers legitimate cognitive benefits. Customer reviews are genuine and positive - many consider Mind Lab Pro to be the greatest natural nootropic product available. Buyer feedback praises the cognitive benefits of this over-the-counter nootropic, claiming they experienced a doubling of workload, a mood boost, and increased focus after taking it.

Users reported that once Mind Lab Pro was activated, it provided a solid 6+ hours of truly enhanced cognition and fast mental processing speeds. By hours 7-8+, the Mind Lab Pro effects had worn off completely, and the brain felt “normal” again.

Mind Lab Pro has proven to be dedicated to providing high-quality, premium smart drugs for cognitive enhancement. With its clinically tested formula and recommended doses, its users swear by its high potency. Many people recommend it as a holistic brain optimizer.

Where to Buy Mind Lab Pro

Mind Lab Pro can only be purchased from the manufacturer's official website.

In order to ensure you receive a genuine product, it is highly recommended that this supplement is purchased directly through the manufacturer - other retailers claiming to sell the product have potential to be fraudulent. Buyers will also benefit from their guaranteed money-back policy.

Mind Lab Pro is available in the following packages: